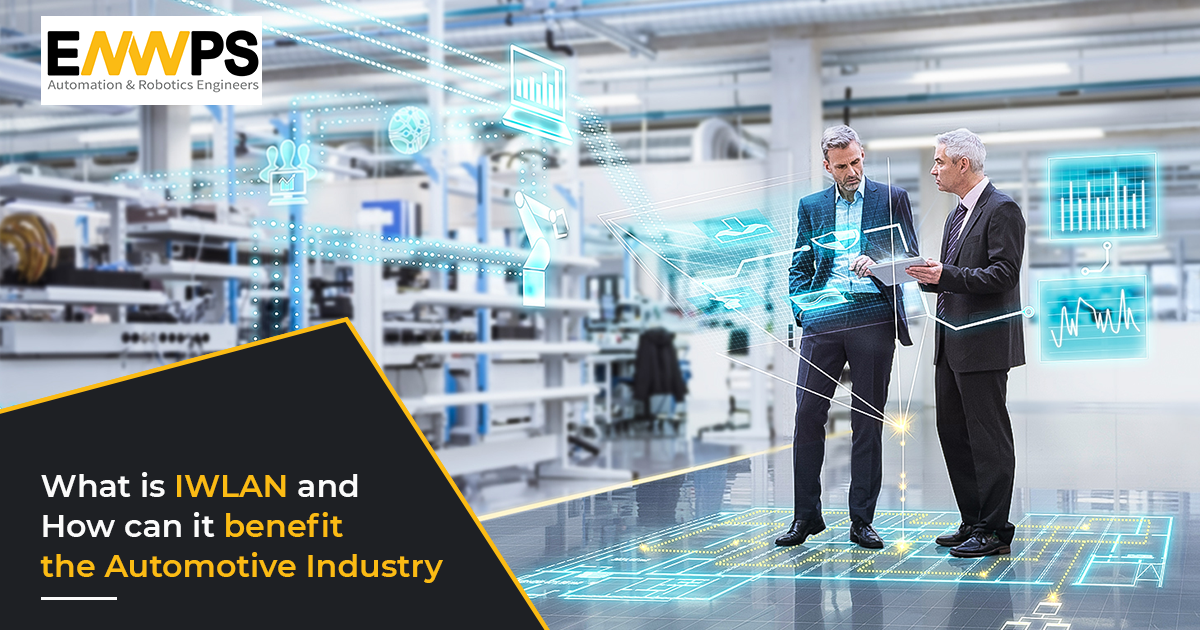 The need for IWLAN in today’s automotive industry is already established and the technology used by leading manufacturers in their connected plants.

The digital revolution sweeping across the world is powered by data which is generated by connectivity and facilitated by state-of-the-art communications technology. What started in the pre-internet area with networking of machines or local area network (LAN) became wireless (WLAN), first with radio communication and later Wifi as the internet became widely available leading to a proliferation of digital devices. While Wifi is widely used and hugely popular in general applications, the requirements of industry in terms of capacity and reliability are different, which led to the creation of dedicated Industrial Wireless LAN or IWLAN. Simply put, Wifi neither has the bandwidth, nor reliability for critical requirements of industrial plants or factory environment for manufacturing operations. IWLAN is one of the best options for industrial wireless communication. As for the advantages of IWLAN, there are many, the foremost being elimination of the need for extensive cabling between different devices.

IWLAN in the Automotive Industry

While IWLAN is important for industry, it is even more of a critical requirement for the Automotive Industry, which is one of the most visible and profitable industries, besides being the most automated. Every process in automotive manufacturing, the assembly in particular – the body shop, paint shop and trim and chassis shop – is automated. PLCs play an important role in automation as they communicate, monitor and control automated processes like assembly lines, machine functions, or robotic devices. The movements are either through conveyors of various types and overhead monorails, controlled by PLCs, the programming of PLCs done as per the role and function of the relevant system or cell. Most of these operations are performed with high end robots operating in tandem based on real-time communication between different assembly stages synchronised for continuous operation, with some form of human collaboration. IWLAN plays an important role in this environment in facilitating a safe and reliable operation with low latency, high bandwidth network for modern production concepts. The safety factor, including the plant as well as human safety, is extremely important with the protocols for safe shutdown in place for emergency use, with effective communications. Depending on the requirements and vendor services, various devices and systems of IWLAN are available, adhering to the relevant industry standards and compatible with different automaton protocols.

The automotive industry is also in its most disruptive phase of transformation ever. Over the last few years, facing the pressure from various quarters, mainly environmental and safety concerns, cars have become lighter, more fuel efficient and equipped with more and more active and passive safety features, with increased use of electronics and composite materials. Being one of the most R&D invested industry, there are rapid changes in the way which cars are built and assembled, with more models and variants, and ever increasing customisation demands, keeping with the Industry 4.0 promise of batch size 1. Amidst all these changes, automation is making way for digitalisation, which calls for state-of-the-art communications technology. The answer is IWLAN, which conforms to the most recent industry standard relevant to this technology. Manufacturers thus need to upgrade their facilities that do not require expensive infrastructure, just IWLAN compliant components with minimal outlay for the transition to fast and reliable connectivity, even in harsh environments and remote locations.

The Future of Automotive Manufacturing

According to an insight published by McKinsey & Company in late 2020, disruptions will result in billions of dollars lost, and only the manufacturers that reimagine their operations will survive. With labour and skills both in short supply in the developed world, digital factories are the way forward. More automation optimising asset deployment and building a resilient supply chain are among the prescribed changes, reinforced by the learnings from the Covid pandemic. Emerging technologies like 3D printing or additive manufacturing are part of the automobile assembly lines as are software technologies like augmented reality and virtual reality in automotive design and rapid prototyping. With the evolution of the smart factory and the expected future transition to lights-out manufacturing, the role of IWLAN will become critical to the emerging manufacturing ecosystem, also coordinating the logistics and materials movement, in conjunction with the Automatic Guided Vehicles (AGVs), forklifts and crane applications, both spanning the hardware in equipment as well as the software component in networking.

The need for IWLAN in today’s automotive industry is already established and the technology used by leading manufacturers in their connected plants. As the automotive assembly gets digitalised, there will be the cascading effect for technology adoption on the suppliers and vendors, to align them with the new manufacturing ecosystem. The demand for IWLAN compatible products and system integrators would also shoot up. Going forward, it is the autonomous car where IWLAN will be playing a much big role. The autonomous car is a connected car with vehicle-to-vehicle and vehicle-to-supporting infrastructure communication, and these features would be unimaginable without IWLAN. Autonomous cars would also be getting regular software upgrades, reinforcing the importance of IWLAN.
Talk to us today! Reach us on rfq@enwps.com.

previousIndustrial Wireless Communication and its Impact on Manufacturing

nextPLC in Predictive Maintenance: From Point Monitoring to Process Control