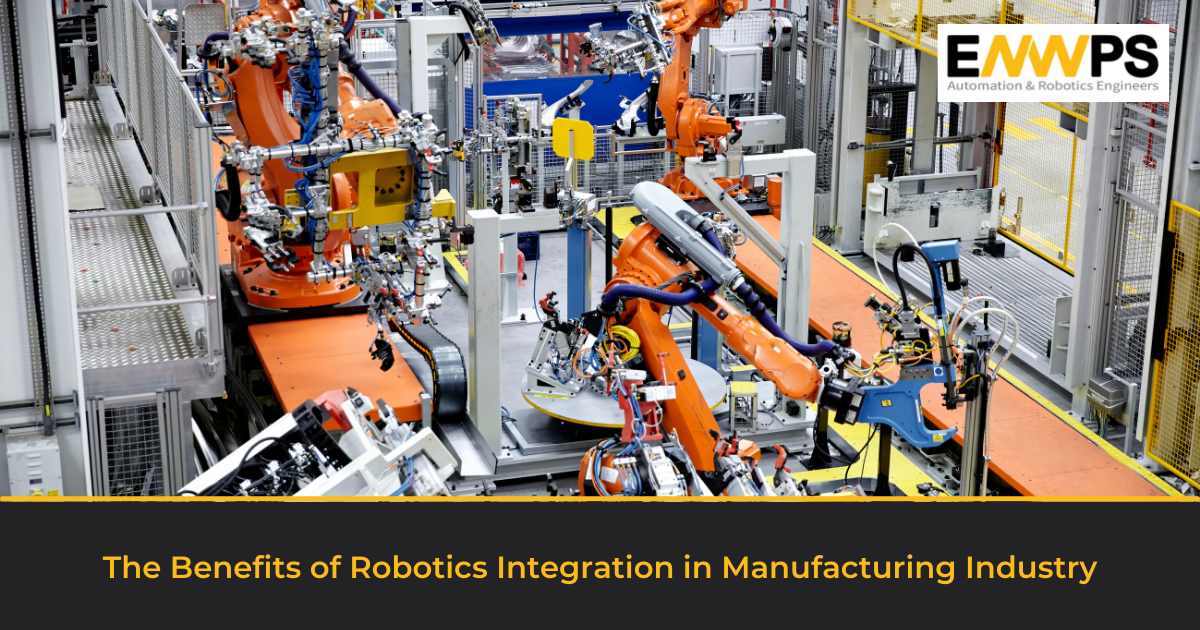 When Henry Ford realized he could not manufacture enough of the Ford Model T with conventional manufacturing, he invented the assembly line. That was over a hundred years ago, in 1913. The assembly line reduced the time it took to build a car from 12 hours to one and a half hours. Manufacturing found a solution for mass production without expanding operations and deploying additional labour. Today, most modern cars roll off the assembly line at rates ranging from 45 to 90 seconds. These are also much more sophisticated than the Ford Model T and involve a much larger number of parts. This has been facilitated by the gradual integration of robotics in the manufacturing process, taking automation to the next level.

The modern robot is about 60 years old and was first used in the automobile industry by General Motors. When introduced in 1961, Unimate was initially used to handle hot pieces of die cast metal, a difficult task for human workers. Gradually it was used to transfer these parts to the assembly line and weld them. The integration of robots in manufacturing automation had begun. More operations like pick and place, engine assembly, inspection, painting, etc., were gradually taken over by robots. Soon robots were also adopted by electronics and white goods industries. Today, apart from manufacturing industries, robots are widely used in service industries like healthcare, hospitality sector and logistics and warehousing, etc.

Robots in manufacturing bring many advantages to the enterprise as these take out the drudgery from many tasks and perform them better than human workers. Robots perform with high accuracy, can work continuously and the results are always consistent. This leads to vastly increased productivity and higher quality of production, while reducing the cost as the return of investment is quick. Robots also offer other advantages as better utilization of floor space, increased safety and flexibility of operations. The following paragraphs examine some of these benefits at length.

Whatever human workers do, robots can do faster, with more accuracy and consistency, which leads to better productivity and enhanced operational efficiency. The same amount of work gets done much faster, at higher efficiency, without any break or disruption. This is one of the biggest advantages of robots as, according to a survey, close to 25% of unplanned downtime in the manufacturing sector happens because of human error, compared to about 10% in other fields. It is important here to remember that if automation increases efficiency, robotic automation raises it even further.

Unlike human workers, robots do not get tired even if the job is repetitive, nor do they suffer from attention deficiency, which results in poor quality of work. Once programmed for a specific task, the robot works continuously without break, with the same weld quality from Job 1 to Job 1000, without any flaw. The same is the case with machine tending robots which work continuously loading and unloading the jobs in machines nonstop. This not only results in high quality of jobs, but also the same quality maintained consistently.

No matter how careful a worker is and how well maintained a facility, the probability of an accident or incident due to some lapse or human error is always present. Besides, many workplaces like welding shops and paint shops, foundries and heat treatment facilities, have high temperatures and toxic fumes, hazardous to human health. Robots can work without any glitch in such environments without suffering any loss in their regular efficiency. Once programmed, robots do not deviate from the set pattern of movement. They are also operating in enclosed areas for further safety.

Living creatures need space for freedom of movement and human beings are no exception – human workers need space to be at ease or else they will suffer claustrophobia. Robots do not need any extra room beyond their degree of movement and hence have a small footprint, which leads to better utilization of the shop floor space. An automated robotic assembly line will need much less space than one with human workers.

According to a comparative study of a manufacturing facility using only human workers with that of a plant using industrial robotic automation, robots help increase productivity by 50% with a corresponding increase in productivity by 50% and an increase in utilization of the facility by more than 85%. This directly translates into increased throughput and higher profit margins. There could be further gains if the manufacturing facility with robotic automation operates 24/7, as many facilities in more industrialized countries are doing for years, with the night shift having just a few human supervisors.

Robots are both scalable as well as flexible. Once a manufacturing facility integrates robots in its operations, production can be scaled up by deploying additional robots. Unlike human workers who specialize in only certain skills, robots are programmable which means with appropriate changes, they can be deployed for jobs requiring various skills, making them highly flexible. This flexibility is highly desirable today in the era of mass customization as envisaged by Industry 4.0.

The Future Scope and Importance of Robotics

The present generation of robots is far more agile and sophisticated than the first generation, which was largely crude and capable of only a few operations. With application of artificial intelligence and machine learning, and equipped with machine vision, robots today are highly intelligent, and can run a plant autonomously. Japanese company Fanuc, which is considered the largest manufacturer of robots, has for years been running a fully robotized ‘Lights-Out’ facility for manufacturing robots! Given these abilities, robots are today deployed in almost every field – from tending machines to sweeping mines in war zones. The healthcare and hospitality industries are already using robots to reduce the workload on human workers, as wherever repetitive tasks are involved, robots are eminently suitable for the job. With the advent of collaborative robots or cobots, they are also working side by side with human coworkers.

Given the fact that robots are capable of massive productivity gains with their many advantages that result in higher profits, no manufacturing facility can today afford to ignore the reality. To compete globally in manufacturing, Indian companies have to deploy robots on a large scale. However, it is also important to first study the actual requirements and more important, whether robots are actually suitable for a given operation or factory. If a plant is running profitably without robots, investing in costly robotics may prove disastrous in case the ROI is not planned properly without corresponding increase in production and efficiency. It is here that expert advice is most needed, to understand the pros and cons of robotic automation.

For more information or assistance, send us an email at rfq@enwps.com.

previousEverything You Need to Know About Robotics in Manufacturing